A Classic Relationship Issue that Stands the Test of Time 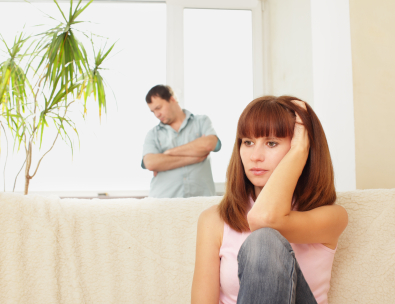 It’s a classic difference between men and women that inevitably causes friction. And if this issue is not acknowledged and worked out, it can and has threaten many a relationship. So what is it? Let me give you an example with a story about Diane and Bob, a married couple.

Diane comes home one day and starts to tell Bob about the horrible day she had at the office. She tells Bob that her manager called her in and began to blast her for submitting a report that was lacking necessary data. She goes on to say how her manager was out of line and rather nasty when it was her co-worker, not her, who was responsible for that part of the report. In addition, her manager completely dismisses her rebuttal and says that she is still holding her responsible for the final project. Diane thinks that her manager is secretly “in love” with her co-worker as she always lets him slide on things and never gives her a break.

Bob starts to first ask questions like, does Diane have a document that states what part of the report is her responsibility and what belongs to her co-worker. Bob asks a few more clarifying questions and then goes on to give multiple suggestions on what Diane should do in regards to dealing with her co-worker, her manager and her job. His suggestions are reasonable and sound. But after Bob finishes his response, Diane is annoyed.

Diane goes on to say “Well, that really isn’t the point. I don’t think you understand.” Bob replies with “Of course I understand. I think you’re missing the point.” And the friction continues until Diane storms out of the room declaring how Bob is insensitive, arrogant and always thinks he knows what’s best. The argument has now turned into a competition over who is right, who is smarter, and who knows best.

So if you’re a typical woman, you know exactly where Bob went wrong. He went straight into trying to solve Diane’s problem before lending an empathetic and sympathetic ear. Diane was really needing Bob to listen and empathize with her, not solve her problem.

And if you’re a typical man, you know exactly where Bob was coming from. He loves his wife and doesn’t like to see her unhappy. He’s had lots of experience in these matters at his own place of work and wants to help Diane solve the problem so she doesn’t get more grief from her boss. His intention is to be helpful to his wife. He feels sideswiped when she responds with anger and annoyance as if he was the bad guy. His annoyance builds as he feels his wife doesn’t appreciate his intentions and instead attacks him for trying to help.

Here’s my advice to Diane and Bob.

I suggest that Diane let her husband know what she needs from him before sharing a story. If she only needs him to listen and support her emotionally, she should make that clear from the get go. If she would like both empathy and advice, then let that be known.  It will also be helpful for Diane to remember that her husband means well. He’s just being the man he is, and that is one who wants to fix the problem so she will be happy. He truly has her best interest at heart and if he misses the active listening part, it isn’t because he doesn’t care or thinks she can’t solve her own problems, it’s simply because that’s how he’s hard wired.

In regards to Bob, I suggest that he ask what Diane needs from him as she shares her frustration. Does she want advice or does she simply need to vent. I also suggest that he work on being an active listener first and problem solver second. Until his wife feels heard and validated, she won’t be very open to his advice and ideas anyways. Once she feels heard and has experienced am empathetic response, her emotional state will subside and her rational brain will be open to hearing your perspective and suggestions.

Whether you relate to Diane or Bob, I invite you to take a look at how you and your significant other communicate and implement the suggestions listed above. A warning—it is easier said than done. We all operate from our default position and it takes time and conscious effort to change patterns and automatic responses. Don’t hesitate to reach out if you need some help. A few sessions may do the trick!